The EU Emissions Trading System is important through its role as the “cornerstone” of EU climate change policy as well as a “role mode”, and “pioneer” for carbon markets. It is important that, in addition to the regulatory requirements, it be subjected to a thorough and independent review, to discover if it delivers on explicit, as well as what have become “expected” objectives, as well as discover any issues that need to be better understood. Availability of public data has been identified as a barrier.

The governance of the EU ETS, defined as to “who makes decisions” and “how decisions are made” in order to ensure a stable and predictable regulatory framework, resulting in long-term price signal for investment is critical. Yet, it is hardly discussed, and little understood.

The EU ETS can be seen as being expected to deliver in a number of different areas: environmental targets in different timeframes, decarbonization in an economically efficient way, protection against the risk of carbon leakage, and good market functioning and price discovery.

There is no doubt that the EU ETS is delivering on short-term environmental targets. For the mid-to-long term, it does not seem to be on the pathway outlined in the Paris Agreement and the EU 2050 Roadmap. The expected post-2020 LRF, 2.2%, is not putting the EU on a trajectory to reach -90% in ETS sectors by 2050. In addition, EU ETS governance does not, so far, contain governance provisions to align it with the review process of the Paris Agreement.

So far, the EU ETS has not played a major role in driving decarbonization through its price signal alone. The false expectation was created that the EU ETS price would be able to act alone. EUA prices are making a certain level of contribution to decarbonization, depending on the level of EUA prices, which are driven, to some degree, by the link between short-term pricing, and long-term scarcity. Regulatory uncertainty permeates the EU ETS, and includes the expectation of future regulatory developments, which may again change the long-term scarcity, and deprive the EU ETS price of its role of driving decarbonisation.

There is no question that policies other than EU ETS are needed, and will be introduced. The issue is how do we provide for, and address, policy overlaps. Measures to address these overlaps have been created, but have yet to become operational.

The impact of the current system of ex-ante, fixed free allocation, can be seen in lack of evidence of carbon leakage, but also in its legacy of a now structural surplus of EUAs. It has levelled the playing field in the EU, with the exception of provisions for indirect costs. Given that free allocation, due to the declining number of free EUAs available, is likely to be a midterm viable solution, what are the other solutions that should be examined?

As a market, the EU ETS has largely worked well in terms measures of good market functioning such as liquidity, spreads between bid and asked, and auction participation. Market function and good price discovery should not be confused with reaching price levels that may be expected by different stakeholders. The exit of many liquidity providers has not yet caused problems, but it is an issue that should continue to be monitored closely, even if data is hard to come by.

16:00 Development and decarbonization of the European industry

Gian Luca Galletti, Italian Minister of the Environment and Protection of Land and Sea

16:00 ROUND TABLE “Discussion on the current state of the EU ETS and future challenges for European industries”

The event will be held in English 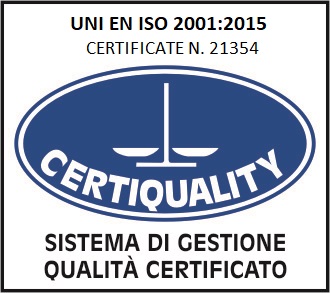